The idea that cast gold inlays cause teeth to fracture has been propagated over the last 30 or 40 years in dental school textbooks, although recent evidence strongly suggests otherwise.

Much of the faulty opinion regarding tooth fractures caused by gold inlay was based on clinical observations of individual experiences. During this time procedures for dental castings were evolving, and only a basic understanding of tooth composition and structure existed.

More formalized science eventually allowed a greater appreciation of the many intricacies involved in developing castings. However, lack of universal acceptance of exact casting control is evident in much published literature. For example:

Similar water:liquid ratios were utilized regardless of the casting design studied; a factor that cause significant variability in the fit and potential stresses in the tooth and casting.

Photoelastic studies supported the notion that inlays behave as wedges. This conclusion is fundamentally flawed as it misrepresents the tooth structure and resultant photoelastic stress/strain relationships.

For decades, reference books stated that cast inlays are retained by a “wedging” effect. In actuality, the bonding agent binds the casting and complex together, supporting remaining tooth structure and distributing stress.

Studies utilizing a mathematical technique for determining the effect of various stress loads have overlooked the role of the Dentino-Enamel Junction (DEJ) in providing the natural tooth with a measure of flexibility.

Evaluations of the resilience of a tooth after the removal of controlled portions of facial enamel dismissed important findings, attributing them to the tendency of enamel to crack under the strain gauge, thus affecting its signal.

These classic studies emphasize historical flawed observations contributing to erroneous concepts in dental textbooks. Books used, at least in part, to indoctrinate students into the profession. A thorough understanding of the behavior of the tooth structure is necessary if the dentist is to replace it with a substitute that affords predictable, long-term function.

Choice of restoration must consider resistance to fracture, wear caused to the opposing teeth, and aesthetics. The exclusion of any of these factors may compromise the clinical outcome in favor of the patient’s cosmetic values. 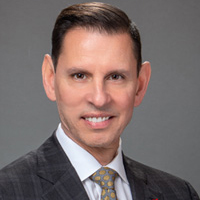 Connect with Dr. Mark A Cruz on Linkedin