If you aren't an ENT or a dentist who specializes in treating sleep disorders, chances are that you’ve never heard of the supralaryngeal vocal tract (SVT). The SVT is a crucial part of modern human anatomy that includes the larynx (voice box), pharynx (throat), nasal cavity, and oral cavity; areas in the cranium that allow humans to speak, but also contribute to sleep disordered breathing. The common anthropological belief is that during the Great Leap Forward in human evolution, over 50,000 years ago, the SVT was formed in order for early man to communicate with one another. While having the ability speak was an important development in human evolution, the formation of the SVT may have led to the development of sleep disordered breathing, also known as obstructive sleep apnea (OSA).

What does one have to do with the other?

For the SVT to have formed successfully, the other facial and cranial structures had to have migrated further back, which puts pressure on the pharynx. Sleep apnea and other sleep disordered breathing conditions occur when the upper airway is compromised during sleep, which causes the sufferer to stop breathing from a few seconds up to 30 seconds. In some cases, sleep apnea can lead to death; one such case being the sleep apnea related death of Reggie White, and many others like him. (Long time sleep apnea sufferer) There are other sleep apnea related conditions such as upper airway resistance syndrome (UARS) that result in many unrecognized serious medical conditions, i.e.: anxiety, depression, irritable bowels syndrome, chronic fatigue,etc.

If you suspect you suffer from any of the sleep disorder condition, don’t ignore it. It likely will have more serious consequences than you might think. You might consider a sleep disordered screening exam with a dentist in Dana Point who treats sleep breathing disorders. 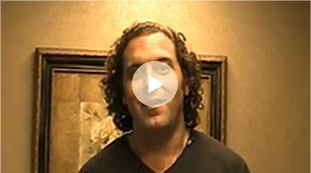